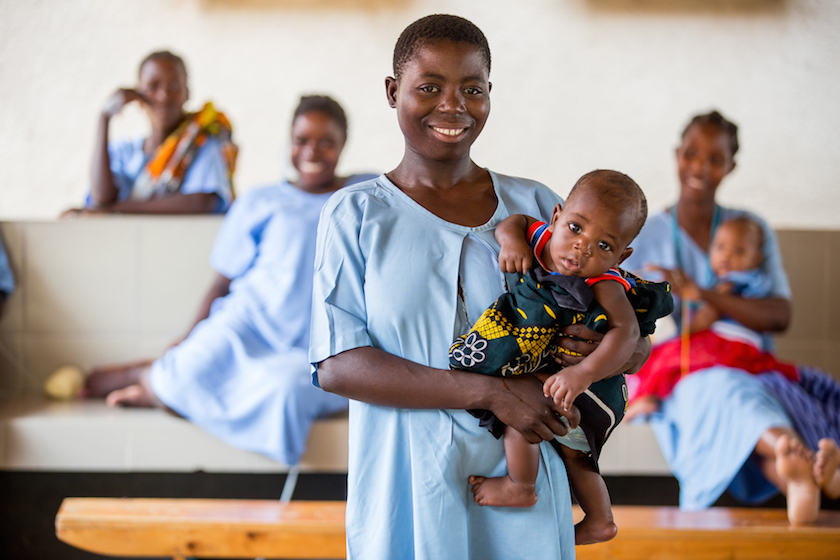 This week marks the first anniversary of the launch of the Global Goals. As the global development community convenes in New York City for the United Nations’ General Assembly week, what better time to reflect on progress?

In a country where, on average, one woman will die every hour from mostly preventable complications in pregnancy or childbirth1, Tanzania is one of the most dangerous places in the world to give birth. The good news: thanks to your support and the dedicated team on the ground, lives are being saved. We are making progress toward the Global Goals.

1. Empowering Medical Teams to Save Lives.

Dar es Salaam is one of the largest, and fastest growing cities in Africa, with a population projected to exceed 7 million by 20252. Today, a healthcare system designed to support 750,000 people is supporting 4.4 million. Hospitals and clinics throughout the region are severely overcrowded, understaffed, and under resourced, with patients suffering as a result.

Our sister organization, CCBRT, recognized that healthcare teams in the Dar es Salaam region were desperate to save their patients’ lives. With the support of the Government of Tanzania, CCBRT launched their Capacity Building program in 2010, offering on-the-job training and mentoring, distributing critical equipment and supplies, and refurbishing labor wards and operating rooms in 23 public healthcare facilities in Dar es Salaam. CCBRT also introduced a Standards Based Management and Recognition tool (SBMR)3 to measure quality of care, raising the bar for quality across the region.

2. Training to Create a Brighter Future

Like most of the developing world, Tanzania has a deficit of trained healthcare workers. Many doctors and nurses work extended shifts to make sure their floor is covered, which can lead to exhaustion and burnout. Night and weekend shifts are not sufficiently staffed, so emergency cases are sometimes not attended by a qualified team.

In 2015, CCBRT provided on-site training and mentoring to 473 healthcare professionals. 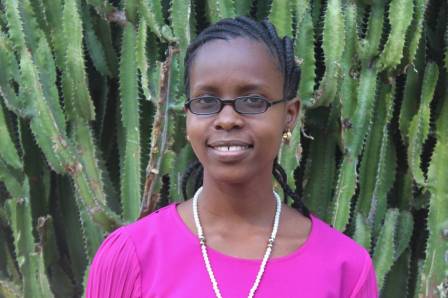 “It’s very possible to reduce maternal death. Despite the many challenges […] if we are motivated, we can get it done. The harder we work, the better the outcomes.” ~Dr. Gloria Manyangu 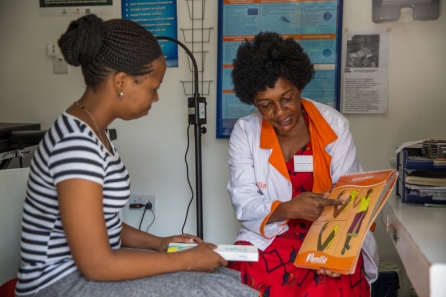 A consultation at Tim’s Corner. Photo courtesy of Sala Lewis.

An estimated 225 million women in the developing world want contraceptives and information on how to safely space their pregnancies, but cannot access those resources due to societal pressures, and a lack of information and products.4

Estimates suggest that meeting the need for family planning worldwide could prevent5:

With support from partners, and the Regional Health Management Team, CCBRT launched a Closed User Group (CUG) to facilitate free communication between ambulance teams, doctors and nurses across Dar es Salaam. These teams have been given cell phones that can only call numbers in the group, and use these phones to coordinate patient referral. Neighboring hospitals can now alert each other to incoming patients, seek information or medical counsel, share patient history, and make critical decisions collectively and quickly. For women experiencing complications during labor and delivery, a life saving referral is a call away.

At their core, the Global Goals are interdependent. While we specialize in addressing specific healthcare challenges in Tanzania, our approach is comprehensive and integrated. Training and education is a critical component of our efforts to strengthen and empower medical teams, and give the women and girls we serve agency to make informed decisions about their reproductive health. With an empowered medical workforce, and informed community, they will become healthier, unlocking access to educational and employment opportunities. The impact will continue to ripple, as healthier people build healthier communities, and break the cycle of poverty.