Empowering women and girls for an HIV-free future

Welcome to the #EndHIV4Her blog series on integrated development. This series will feature blogs from a variety of perspectives from the global health community on why an integrative approach to development is essential to alleviate and potentially end the HIV epidemic for girls and women. Share your thoughts with us by using #EndHIV4Her on social media and read all three blogs here. 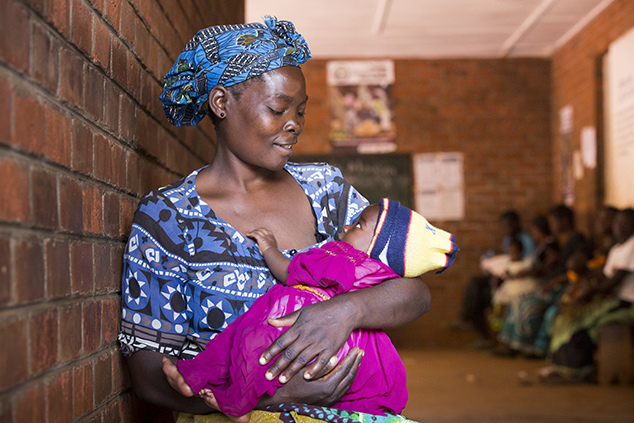 In sub-Saharan Africa, while 75 percent of girls enter primary education, only eight percent will complete secondary school. Pressure to fulfill traditional roles and lack of education often leads to situations in which people, and disproportionately women and girls, are forced to depend on others for a livelihood. Relying on older men or their families often creates a dynamic in which women are unable to speak for themselves, let alone say “no.” Lack of empowerment is but one factor that relates to the rising HIV prevalence among  girls, an anomaly over the last 5 years, with UNAIDS showing that in sub-Saharan Africa, 63% of young people ages 15-24 living with HIV are women.

At this time last year, I was living in Cape Town, South Africa. Two years before that, in Bulawayo, Zimbabwe, and the five years before that in Lusaka, Zambia. Working for Grassroot Soccer, an International NGO using the power of soccer to educate, inspire and mobilize youth to end HIV, I had the privilege to work with many individuals, communities, officials, and organizations working tirelessly to make an HIV free generation a reality. I played soccer not only with many men and boys, but also women and girls who enjoy “the beautiful game” as their outlet, challenge, competition, and routine.

It is these female players, coaches, mothers, and supporters who stick out most in my memory because in the communities where I lived, they were the exception and not the rule. Empowered women are healthy women—something I know to be true not only from my professional experience but from my family’s own example. My mom grew up with two younger brothers in a poor community in the Philippines, before immigrating as a 13 year-old with her family to New York. For as long as I can remember, her favorite thing to do has been to compete, mostly in sports. This has carried to my younger sisters who are both Division 1 athletes in the United States—and forces to be reckoned with. Growing up and watching their strength and determination, I see that especially for women and girls, empowerment is critical.

Creating an HIV-free generation will require many solutions, from community education and awareness, opportunity to access the right health care, strong support networks and more. In order to #EndHIV4Her, global and local actors will need to work in concert and continue to give girls the opportunities to find their voice. Johnson & Johnson is partnering with FHI 360 to drive global discussion and action to help #EndHIV4Her as a critical component of eliminating new HIV infections by 2030. Join the conversation today and help ensure that girls and women are not only at the forefront of our fight to eliminate HIV, but are also empowered leaders in achieving this critical goal. Tommy Lobben is a Manager at Johnson & Johnson, Worldwide Corporate Contributions, where he manages programs and partnerships in the HIV and digital health portfolios. Prior to joining J&J, Tommy served as the Zambia Country Program Manager, and then the Global Director of Operations for Grassroots Soccer, an NGO focused on improving adolescent HIV knowledge and access to care through sports. During his time with Grassroots Soccer, Tommy lived and worked in Zambia, Zimbabwe, and South Africa, where he provided strategic direction, technical expertise, program design guidance, and partnership management. Tommy holds a B.S. in Biology from Dartmouth College. A firm believer that private sector institutions have a major role to play in ending HIV, Tommy is excited to bring his implementation experience to bear with J&J.